In the United States, the solar industry currently employs about 242,000 people and generates tens of billions of dollars in economic value. Not only that but of all renewable energy generation, solar PV is expected to grow the fastest from now to 2050. The main takeaway here; solar is one of the fastest-growing industries in the United States. Fast-growing or not, every company needs lead generation, and solar is no exception.

B2B Lead Generation Services For Solar Companies: The Facts You Need to Know

If you’re a solar company, you might have considered at one time putting a little bit more effort into lead generation and B2B appointment setting. Or, maybe you’ve never even given it a thought. If you fall into the second category, it may be time to do some reconsidering. No matter how well off your business is, the fact of the matter is this: there are people out there looking for what you offer, but they can’t find you.

One of the first questions you might have as a solar company who is considering lead generation services is what size deals can I expect to close? On average, deal size is about $388,000. This is not to say that you won’t get other small projects regularly and a huge deal every now and then. That’s the nice part about B2B appointment setting, you consistently generate opportunities over time, all varying in size and type.

With B2B appointment setting, you won’t just close one deal, but several as time goes on. For solar companies, this can mean projects such as:

And the list doesn’t stop there. When you focus your efforts on B2B appointment setting, you’ll have the opportunity to work with various types of companies for all kinds of solar projects.

When selling solar, a C-level employee is not the person you want to speak with. In fact, they probably won’t have any of the answers you need. Or worse, they won’t be responsive because they simply don’t have the time. If you’re trying to sell a solar deal, a Facilities Manager is who you’ll have the most luck with. This is the person who is making decisions for the facility/building itself, and if you can convince them that solar is a good investment, they’ll pass that along to the CEO. When trying to sell a company on a solar project, aim to speak with the Facility Manager.

Number of Days Between First Dial and First Appointment

A B2B appointment setting program for solar will involve prospecting, consistently cold calling and emailing prospects, and qualifying and nurturing prospects. If you’re doing all of this, then it’ll take you, on average, 57 days to set an appointment (roughly two months). This is the number of days from the first call you make to a prospect to the day the appointment is set.

Many B2B businesses who are looking for more leads want them right now. They don’t want to wait for leads, they want them today, and solar companies are no different. But it’s important to remember this: B2B appointment setting is very different from buying leads. During those 57 days, a lot of activity is happening, and the overarching goal is not to find that one person who says yes to an appointment. The purpose of B2B appointment setting is to build a sustainable sales pipeline that generates opportunities over time.

Number of Dials Between First Dial and First Appointment

The average number of dials that it takes (to the same prospect) for a solar company to set an appointment is 9.7 dials. There are two key takeaways here:

So many companies make the mistake of giving up on a prospect too quickly when cold calling and trying to schedule an appointment. In reality, any expert knows that nurturing prospects is a huge part of what makes B2B appointment setting such an effective method for growing your business. Don’t stop calling a prospect even when you keep getting their voicemail. Don’t stop calling when they say it’s not a good time. Heck, don’t even stop if they tell you to screw off. Any lead generation expert knows that the process of nurturing never truly stops because you never know when someone’s situation will change.

You might wonder, “if it only takes 9.7 calls to get an appointment, why is it taking 57 days? Can’t those calls be made in a week’s time?” This would bring us to our second point—you should have a list of hundreds of prospects who you’re calling on. A B2B appointment setting program isn’t finding 10 new prospects each day, trying to contact them, then calling it quits. In a B2B appointment setting program, you start with a list of hundreds of prospects, contact all of them, guide them through the sales funnel, and continuously rotate new prospects into the mix. This will maximize the number of opportunities you’re generating and help you build a healthy sales pipeline.

Are You Ready to Generate More Solar Leads?

To perform all activities involved in a B2B appointment setting program, you’re going to need cutting-edge tools and a heck of a lot of manpower. It might sound overwhelming. When you work with a B2B lead generation firm, they can handle appointment setting for you at less than the cost of one full-time employee. That’s exactly what Abstrakt does. If you’re a solar company looking to grow in your market and generate new opportunities, contact our team of experts today. 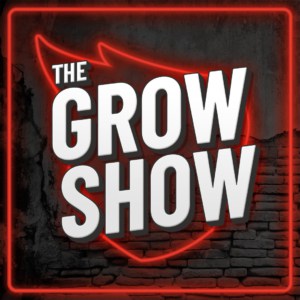 A Story From the Front Lines of B2B Lead Generation: Realtor Recruitment

5 Reasons Why Your Business Needs Marketing Collateral
Scroll to top