A Story From the Front Lines of B2B Lead Generation: Commercial Roofing

As a business owner, whether you like it or not, B2B appointment setting is something that you have to focus your efforts on if you want to generate leads. Appointment setting is an outbound lead generation strategy that involves prospecting, contacting decision-makers, and nurturing and qualifying leads with the goal of scheduling an appointment. During this appointment, a ‘closing sales rep’ speaks with a decision-maker and tries to close a deal.

One of the many tough things about B2B appointment setting is that it’s unpredictable.

How long until I start seeing tangible results?

How many dials will I have to make to get an appointment?

Will I ever close a big deal?

We can’t tell you the exact answer to all of these questions, but what we can tell you is this: target, timing, and message are all extremely important in B2B sales. The key is to contact the right target at the right time to deliver the right message. How do you do this? Through finding the best prospects, being persistent, and using top-notch sales skills when pitching. For a commercial roofing client of ours at Abstrakt Marketing Group, this is exactly what we did, and we were able to close a $573.6K deal as a result.

It’s true, you never really know how long you’re going to have to nurture a prospect before you close a deal. It could take a few weeks, it could take six months, or it could take a year. You could even be nurturing a prospect for several years and find that they still won’t bite. It sucks not knowing what the outcome of pursuing a prospect will be. For this particular commercial roofing client, we had to call the same point of contact 40 times before closing a deal. By pursuing the right prospect, catching them at the right time, and delivering the right message, we were able to close a deal that resulted in a 40% profit margin for our client.

Here’s some of the activity that went into closing this deal:

At this point, most B2B sales reps would consider this a dead opportunity. Our dedicated B2B sales rep, on the other hand, continued to pursue the prospect. For about three months, he didn’t reach out to them, but in September of 2017, he decided to give it another shot.

And then, finally, on March 5th, our sales rep spoke with the KDM.

Our sales rep spoke with a new KDM, but because of our persistence with our previous contact, he already knew who we were. Our old contact had mentioned something about us, so we didn’t have to fill in the holes for him.

This new point of contact said they needed a quote for a roofing project. Their roof was in bad shape and they currently had four other quotes. They had multiple leaks in their roof, it was over 15 years old, and they needed a solution quickly. Our B2B sales rep confirmed the square footage of the building to make sure the appointment was qualified and gathered as much information as he could for our roofing partner to have to go into the meeting.

APPOINTMENT SET TO DISCUSS A QUOTE FOR ROOFING PROJECT.

The facility manager agreed to an appointment with our roofing partner on March 7th; just two days after we spoke on the phone. The manufacturing facility needed to make a decision quickly to fix their roof, so our roofing client wasted no time in putting together a proposal.

A few weeks later, we received an email from our roofing partner. They let us know that the appointment we set up for them resulted in a 1.4 million dollar project, a profit margin of 40% for them ($573,600 in profit). Our dedicated B2B sales rep made 40 dials to the prospect to get this appointment, and it resulted in a huge project for our partner. Our sales rep didn’t know how long it would take, and there were probably even times when he thought he’d never schedule an appointment with this prospect. But still, he never gave up.

This story, like many others, shows how important follow-up and persistence is in B2B sales. And if B2B lead generation were easy, all B2B companies would handle it in-house on their own. If you want to generate huge opportunities, partner with experts who know the name of the game. At Abstrakt Marketing Group, we use proven lead generation methods to grow small and medium-sized businesses. To get started with your very own program, contact us today. 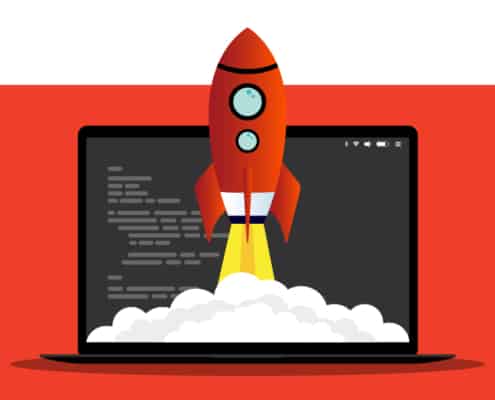